The outbreak of war saw an initial closure of cinemas due to fears that large groups of people congregated in one place was inviting trouble during an air raid. This ban lasted less than a week though, as it was soon recognised that cinema had a valuable role to play in keeping civilian morale high, and keeping people up to date with the latest news on the war effort. Television was virtually unknown in this country, so people relied on newsreels shown in cinemas for a visual confirmation of what they read in their newspaper, or heard on the radio. 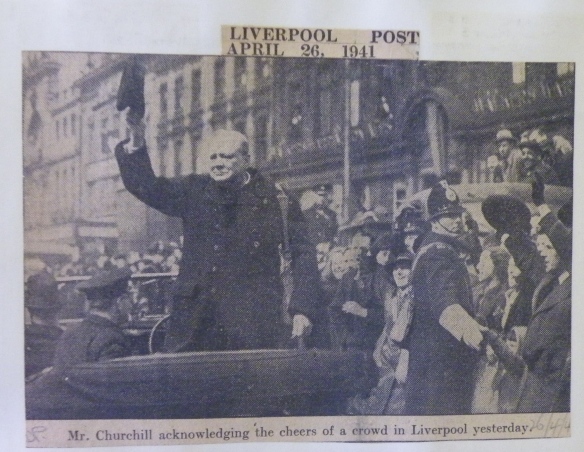 The 25th April 1941 saw the visit of the Prime Minister, Winston Churchill to the city. He was driven around in a open topped car and cheered by the local people wherever he went. At one stage he passed along Lime Street, as can be seen in the press cutting above. The car will shortly be passing the Futurist, whose facade can be seen on the top left of the photograph.

May 1941 saw both The Futurist & the adjacent Scala cinema suffering bomb damage luckily this was rebuilt and reopened in minimal time & was showing film by June that year. It is almost painful to contrast these two images and realise that not much more than a week separates the two.

The information on this page is licensed under a Creative Commons Attribution-ShareAlike 3.0 Unported License